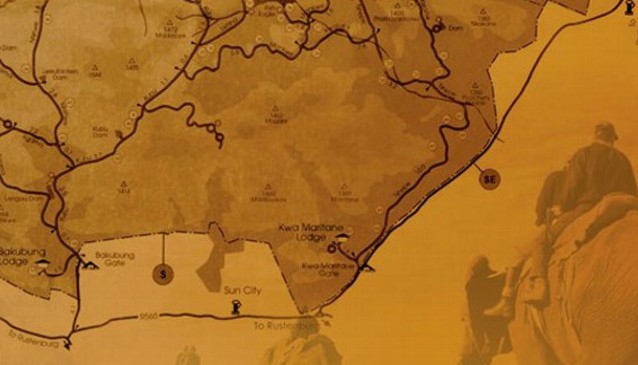 Airtrackers operates from one of the most scenic and breathtakingly beautiful hot air balloon locations in the world namely 'The Pilanesberg National Park', which is located in the Northwest Province of South Africa.

They are presently the only hot air balloon company in Southern Africa that permanently operates from within a National Park. This gives them exclusivity to fly in this unique location with all its scenic beauty and wildlife which includes the 'Big Five', namely Lion, Leopard, Rhino, Elephant and Buffalo.

Airtrack Adventures (Pty) Ltd (Airtrack Adventures) was founded by Marty de Kock in 1989. Licensed by SACAA, the company has operated ballooning adventures in Namibia, Kalahari, The Cape Winelands, Lesotho, Pilanesberg and the Kruger National Parks. In the process, Airtrack Adventures has become the most experienced balloon game-viewing operation in Southern Africa and conceivably in Africa as a whole.

Marty de Kock has personally clocked some 3 000 hours of balloon flying and taken part in balloon events throughout the world. He received his national colours in 1991 and has built the company up to the point where it operates 17 balloons manned by five fulltime pilots.

A senior member of the team Tony Corrie, has more than 4 500 hours of experience flying various disciplines of ballooning. Among other achievements, he is currently the only hot air balloonist to have flown into Kimberly's 'Big Hole' and the only balloonist to have flown over Victoria Falls. It should be noted that Airtrack Adventures has an impeccable safety record, having flown some 80 000 passengers without a single accident.

In Pilanesberg National Park (Airtrack Adventures largest ballooning concession), the company has the capacity to fly 48 passengers on a single 'hop' (lasting +/- 60 minutes. In the more commercial and price-sensitive Sun City environment (Pilanesberg is adjacent to Sun City); Airtrack Adventures has broadened its capacity to make the 'hop' more affordable and can fly 96 passengers on a double hop (+/- 30 minutes flying time).

The Pilanesberg National Park was opened in 1979, and is known as the largest game resettlement project in the history of South Africa. In the early eighties more than 6000 animals from other game parks were resettled here.

The Park borders on the entertainment complex of Sun City, and is 55 000 hectares in extent. It is almost perfectly circular because it comprises the area of a 1200 million year old volcanic relic of four concentric circles with a small lake in the centre. This very scenic terrain lies in the transition zone between Kalahari and Lowveld, and both types of vegetation are found here.

It lies amongst the only significant hills in the area which rise skywards out of the flat highveld plain. The Pilanesberg is the highest peak towering 600 meters above Mankwe Lake, which sits in the heart of the ancient volcano.

Due to it's shape it was recognized as being the perfect situation for a national park with it's tall sides creating natural boundaries. In the park today live virtually all the animal species of Southern Africa, including all of the big five, (Lions, Elephants, White and Black Rhinos, Buffaloes, Leopards) as well as Zebras, Hyenas, Giraffes, Hippos and Crocodiles. Over 300 bird species were counted, making the Pilanesberg a perfect area for bird watching.