Search for a company in Johannesburg
Advertisment 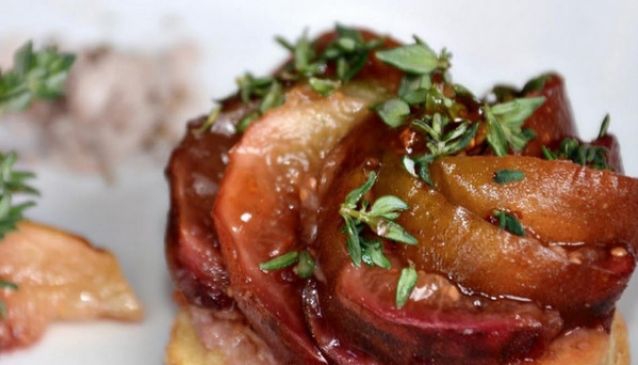 The Mosaic at Orient

The Orient Hotel is a Moorish-inspired palace that looks as if it has been blown in from the Sahara Desert. It also claims Restaurant Mosaic which has an intimate feel with booth-type seats and two private dining rooms. The menus change quarterly, and are inspired by nature. The food is based around degustation tasting menus although it also offers an A La Carte menu. Favourites from past menus certainly keep patrons coming back for more. When the restaurant is open, Chef Chantel Dartnall is always in attendance and always meets the diners to explain the menu and answer questions.

Award-winning chef Chantel Dartnall - voted SA's Chef of the Year - has enhanced South Africa's status as a gourmet destination on the international culinary map, thanks to her meticulous approach to modern fine dining at the renowned Mosaic at the Orient. Chantel trained in Michelin three-star restaurants under top chefs such as Nico Ladenis of Chez Nico at 90 Park Lane in London, and Michael Caines of Gidleigh Park in Devon. She draws her inspiration from fresh, seasonal produce to create dishes that taste as wonderful as they look. Although she is not a follower of ever changing food fancies she still travels internationally at least twice a year to keep abreast of current trends.

Renowned South African Impressionist artists and interior decorators were commissioned to step back in time to the romantic early 1900s decorating the restaurant in a Belle Epoque style. The cellar is surely one of the finest in the country, with some of the best and rarest wines from South Africa and abroad. Not surprising it has been the recipient of numerous awards and accolades. Sommelier, Germain Lehodev, expertly matches wines along with Chef Chantel to complement each individual dish on the menu, and is happy to make recommendations.

Favourites from past menus include:

It's all about the extraordinary when visiting the breath-taking Orient Private Hotel, hidden in the Crocodile River Valley.

• Accoladed The Award Of Best Restaurant In South Africa

• Eat Out - Chef Chantal Awarded Chef Of The Year Award 2008

Create & Share your Guide to Johannesburg with friends and family!