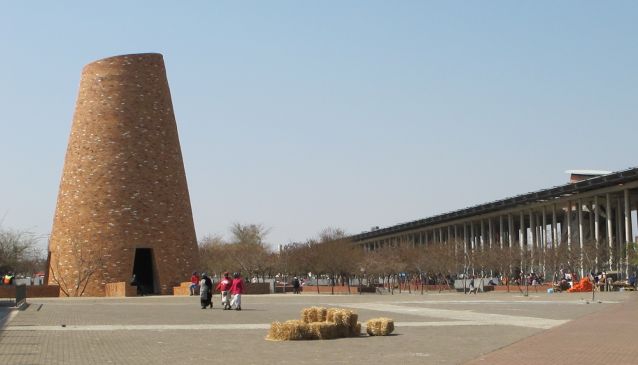 An amazing historical event that shaped the future of South Africa occurred on the 26th June 1955, in Kliptown, Soweto. On that day, over 3,000 representatives of anti-apartheid resistance organisations made their way through police cordons to gather on an isolated piece of land 40 kilometres from Johannesburg in Kliptown, Soweto. Nelson Mandela himself actually attended the Congress as well as other leaders such as Walter Sisulu, but in order to avoid the police, he had to go in heavy disguise.

This little scrap of land, where the Congress of the People gathered that day, is now known as the Walter Sisuli Square of Dedication - an area officially opened by President Mbeki 50 years after the event in 1955. The historical gathering saw the signing of the Freedom Charter, an anti-apartheid vision which formed the basis of modern South Africa. Therefore, the Walter Sisulu Square represents a valuable part of the country's history, and has now been declared a National Heritage Site.

The square is a unique South African destination, appealing to all kinds of people with a range of retail outlets, cultural attractions and historical monuments. It hosts regular music and art events, plus national celebrations - making it a vital cultural hub for the surrounding community.