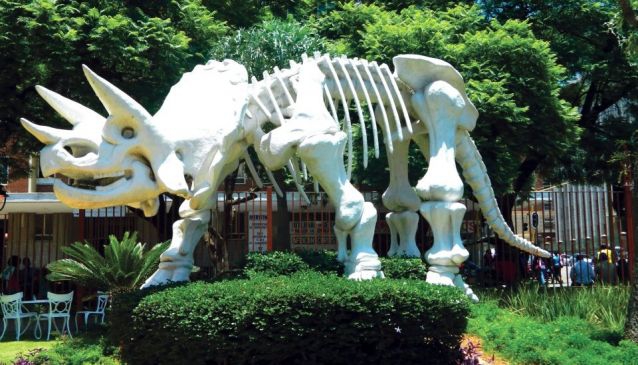 Directions to The Ditsong National Museum of Natural History

This natural history museum, formerly called the Transvaal Museum, is now part of the Ditsong group, which operate eight museums in South Africa. The National Museum of Natural History is situated in a magnificent old building that was constructed in 1892. The institution represents the documentation of a fascinating theme of South Africa: its natural heritage.

Collections and exhibits in the museum include ancient human fossils from the famous World Heritage Site known as the Cradle of Humankind; an example of which is the fossil skull of 'Mrs Ples'. The museum also houses fascinating animal fossils, skeletons and skins, plus even mounted specimens, which appear as though they are still alive!

The Ditsong National Museum of Natural History is a great place to visit and interesting for all ages - kids will no doubt find all the skeletons incredibly impressive. The museum is the only natural history establishment in Gauteng and one of the largest in South Africa - showing its importance in the education and sharing of knowledge in the country. It is unique in its unrestrained displaying of artefacts; such excellent fossil examples are not usually seen by the public.

R15 per person for the Discovery Center