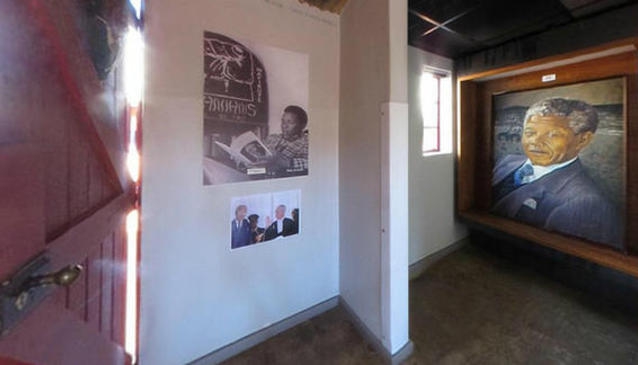 Nelson Mandela is an icon. Loved by the South African people, he led the country through political unrest to a peaceful transition into democracy. His three-bedroom home in Vilikazi Street has been transformed into what is now known as the Nelson Mandela Museum. Interestingly, Vilikazi Street is the only street in the world to house two Nobel Peace Prize laureates; Nelson Mandela lived there, and so did Bishop Desmond Tutu. It is a strange coincidence that it was at the top of this street that Hector Pieterson was shot dead by the South African Police.

The house, now a heritage site, is the same as many others in the street, containing a tiny plot of land with a standard tin roof and bucket toilet, yet it was here that was one of the most important political figures in African history lived.

Explore the house that Mandela called home, and see the way he lived before leaving the house to go on the run before his years of imprisonment. This is a historically important building that is a hugely popular choice for tourists the world over and a must see in Soweto along with the Apartheid Museum to gain an understanding of Africa's often violent history.