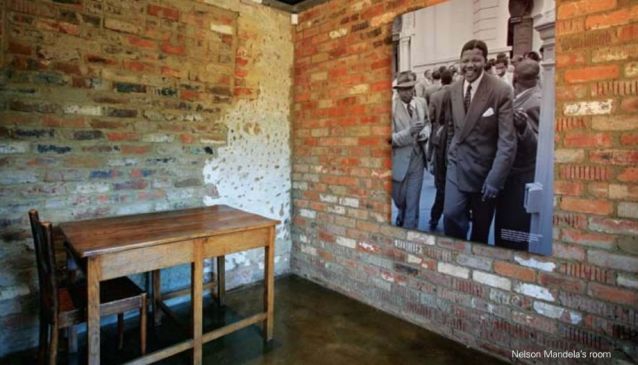 Liliesleaf Farm is a place steeped in the turbulent history of South Africa. It was at this farm where the African National Congress met to discuss and devise Operation Mayibuye, which would eventually overthrow the apartheid regime and path the way towards freedom.

Liliesleaf Farm is also known to be birthplace of the military wing of the ANC; Umkhonto we Sizwe (Spear of the Nation).

The farm was also a place of action - the outhouse buildings housed the printing presses that produced volumes of anti-apartheid 'freedom literature'; and was used by the inhabitants of the farm to broadcast the first 'Radio Freedom'.

Raided in 1963, the farm was the scene of Nelson Mandela's arrest, and is now a World Heritage Site.

Liliesleaf has today been reconstructed and it now consists of the original buildings, the Resource Centre and the Liberation Centre.