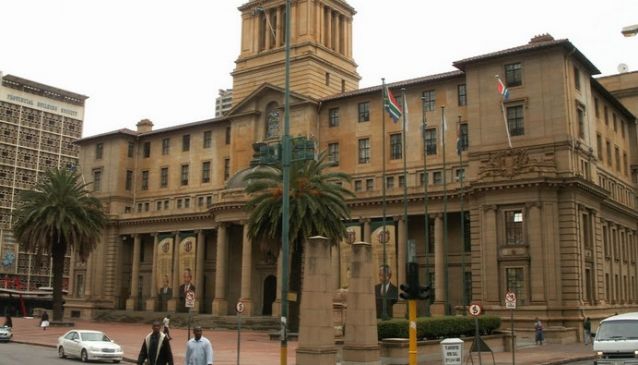 The Gauteng Provincial Legislature comprises between 30 and 80 members of the provincial legislature, called MPLs, who sit in the Johannesburg City Hall (“the House”). The Gauteng MPLs are drawn from the province’s political parties, with democratic voting informing the percentage of each party’s representation.

A comprehensive history of this grand old lady has been compiled, recording significant events, such as protest meetings on the steps in the 1950s and a bomb blast in 1988. The hall was the site of former state president FW de Klerk’s national referendum, which ushered in the country’s transition to democracy, and was used as a voting station in 1992 and a voter education centre before the country’s first democratic elections in 1994.

Another reason to visit City Hall is to marvel at its pipe organ which, until a few years ago, was the largest in the southern hemisphere. Of the Edwardian “town hall” school, this piano is a magnum opus.

The Johannesburg City Hall is a colonial architectural jewel in the heart of the city. It boasts a beautiful pipe organ which, until a few years ago, was the largest one in the southern hemisphere. After implementing a charter of cultural heritage in the inner city, the council has refurbished the city hall to accommodate music events and meetings. This is a wonderful symbol of a city that has come alive again.

When the provincial legislature made City Hall its home (the institution was previously based in Pretoria), it promised to honour a charter to preserve the cultural heritage in the inner city by giving the building a much-needed make-over. While urban renewal projects in central Johannesburg are bringing life back to the city, City Hall, sadly, still awaits her renovation. The people of Gauteng need to get involved and pressure their legislature to upgrade the building if it is be to preserved for future generations.