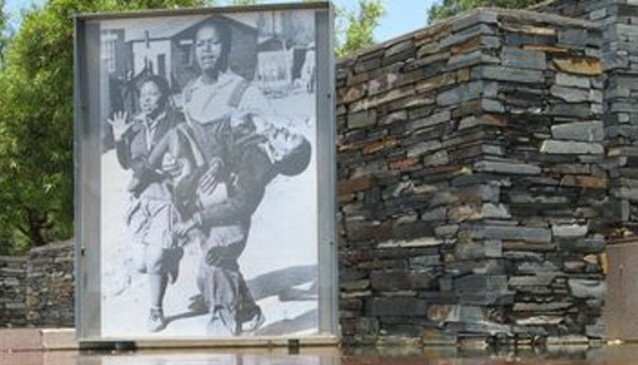 One of the most powerful and emotive images of the apartheid struggle was taken right in the heart of Soweto - that of 13 year old boy Hector Pieterson, the first student to be killed in the 1976 uprising, being carried by a distraught Mbuyisa Makhubo.

The museum honoured the tragic death of this young boy by naming the museum after him, as a reminder of the senselessness of the killings. Using Pieterson's death as a starting point the museum traces the build-up and after effects the massacre had on the country.

Hector Pieterson and the other children killed during the Soweto uprising are remembered through a moving memorial, the starting point from which the tour guides will introduce you to Soweto. The deeply moving exhibit gives detailed accounts of what was a pivotal moment in African history.

The place is one of the first museums in Soweto, and over the last nine years it has become an important stop in this vibrant part of Johannesburg's cultural history.

The museum also offers a fascinating and moving insight into the important role that children played during such dangerous times, and many of the tours guides are local residents who were directly impacted by devastating separation and the uprisings of the period. This, together with the Apartheid Museum, is an essential visit for anyone interested in South Africa's turbulent past.