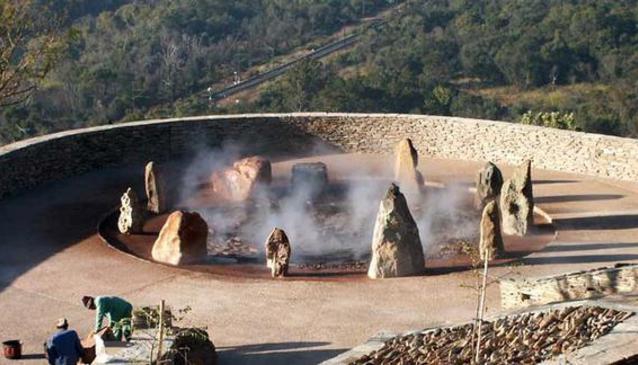 Freedom Park is the creation of a memorial that tells the story of South Africa's pre-colonial, colonial, apartheid, and post-apartheid history and heritage, to acknowledge those that contributed to the freedom of the country. The aim behind Freedom Park is to provide a destination where one can reflect upon the past, so as to improve our present.

The 52 hectare site is a beautiful place to stop and think, with panoramic views of the city surrounding you. Opened in 2007 the site has become one of Africa's foremost tourist destinations, and is a very important place in the country's community. Freedom Park is a symbol of human rights, dignity and freedom that commemorates the many lives lost in the brutal periods of history and honours their memory with an eternal flame.

There is a gallery of leaders that never lets us forget the people who gave everything for our freedom. The Wall of Names, an awe-inspiring structure, is inscribed with the names of those who died during eight conflicts within South Africa's history and is a humbling tribute to such a tragic loss of life.

Freedom Park is currently open to the public and tours take place daily at 9am, 12pm and 3pm.