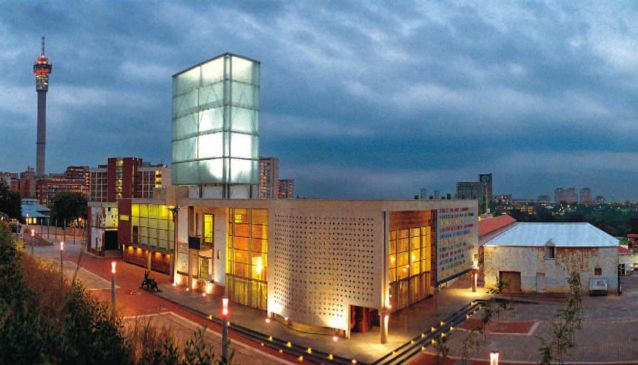 Constitution Hill is one of the most significant historical locations to visit in Johannesburg. Built originally as a prison in 1892, the fort has seen a century of political and violent change go on around it. Many apartheid prisoners were kept here including famous political figures such as Mahatma Gandhi and even the African leader Nelson Mandela was held here while awaiting trial. Despite the establishment being accused of turning young black prisoners into criminals the fort was named a national monument in 1964.

After the prison stopped functioning in 1987 the building was then chosen as the site of the constitutional court, now the highest court in the country on constitutional matters. Now you can visit the iconic building and find a century of history that stretches from the Boer War, through the world rars to today.

Learn about what it was like living in a cell in the fort, how the prisoners were punished and which laws led these often innocent men to be incarcerated in the first place. Highlights here include the 'Nelson Mandela Exhibition: Prisoner in a Garden' which is held in the very cell Mandela was held prisoner, as well as 'Mahatma Gandhi - Prisoner of Conscience' which honours the great pacifist and peace maker Gandhi's experiences in prison here.

A tour here, guided or otherwise will leave you feeling humbled for the sacrifice a few men have made for peace, as well as a warning to future generations about the damage racism can cause in society. What could have been a place of negative memories for many has been transformed into an informative resource that promotes human rights. This is positive source of change in a country with such a turbulent history and is all on display in one of Johannesburg's oldest buildings.