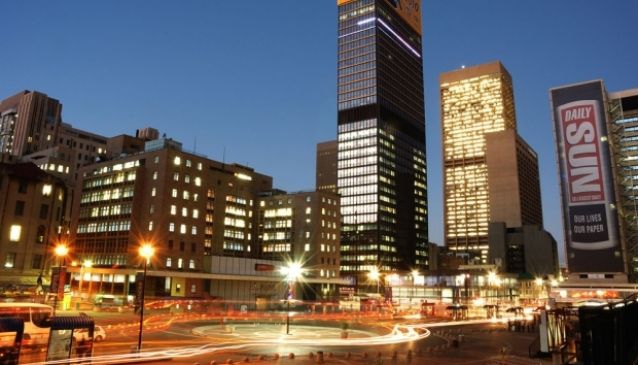 Originally known as Van der Bijl Square, Ghandi Square is home to the central bus terminus opposite Eloff street, situated close to Carlton Centre in the city of Johannesburg.

Prior to its renovation, the plaza was in the centre of one of Johannesburg's most run-down and destitute neighbourhoods, but this area was improved as part of an inner city renewal project, and the square was renamed after Mahatma Ghandi - an Indian patriarch and civil rights activist.

Property developer Gerald Olitzki redesigned the plaza in the late 1990s and the refurbishment was completed in 2002. It now has a stylish and modern look and the square is lined with up-and-coming cafés and restaurants - perfect for a quick bite to eat whilst waiting for your bus to arrive.

If you're planning to visit the square to catch a bus, it's best to get there on time - as to keep everything running smoothly, the bus drivers have been instructed not to hang around for more then two minutes. As well as a travel hub for transport in and around the city, Ghandi Square is also used for public exhibitions and awareness campaigns.