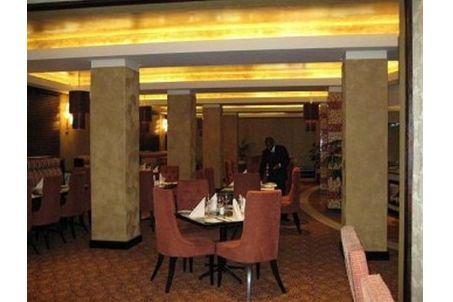 This Hotel forms part of the Walter Sisulu Square mixed-use precinct initiated by the Johannesburg Property Company (JPC). The Kliptown project comprises the hotel, the recently opened Kliptown Museum, retail, restaurant and office space as well as an informal trading area. The JPC has signed a 10-year lease with empowerment group Zatic Hotels and Resorts to operate the hotel. Capello, the restaurant chain, plans to open a restaurant on the square soon.

The hotel is easily accessible from the Golden Highway and, with additional policing and security, the safety of guests and visitors is ensured.

The Soweto Hotel has 48 rooms, including two suites, the Oliver R Thambo and Chief Albert Luthuli suites; two executive boardrooms, the Winifred Mandela room and the Helen Joseph room. Families are catered for in the 10 inter-leading rooms. The passages are called The Long Walk to Freedom - it is indeed a very long passage - and Unsung Heroes.

The luxury rooms cost R1 500 per person for one night, bed and breakfast. Deluxe suites cost R2 700 per night.

The Soweto Hotel has the interestingly named Jazz Maniacs restaurant, and also Rusty's cocktail bar, which is named after Rusty Bernstein, who assisted with the drafting of the Freedom Charter.

The Soweto Hotel on Freedom Square offers lunch and dinner buffets for groups for all occasions: